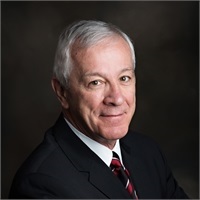 Adolphe has been in the Financial Services industry since 1988. He has resided in Colorado since 1985. He graduated from University of New Hampshire with a Bachelors of Science in Mechanical Engineering, worked in the engineering field for 13 years and obtained Professional Engineer Licenses from three states. Adolphe felt that there was something missing in his life so he sought to change careers. Having reflected upon the damage that his father’s early death had done to the family, he chose a career in the financial Services industry. Mr. Cyr holds Series 63, 66, 6, 7, and 22 Licenses. He also has completed American College Degrees for Chartered Life Underwriter and Chartered Financial Consultant. Mr. Cyr specializes in cases involving Business Continuity, Estate Planning and Charitable Planning. Adolphe is divorced and blessed with a son who graduated from Boston University. He is a member of various community service groups. He loves sports and has an active interest in bicycling, running, hockey, skiing and many other sports.